Lots of readers tell me their favorite thing about River Sutton Mysteries is the relationship between sisters Robin and Jenn.

Confession time: Me too! 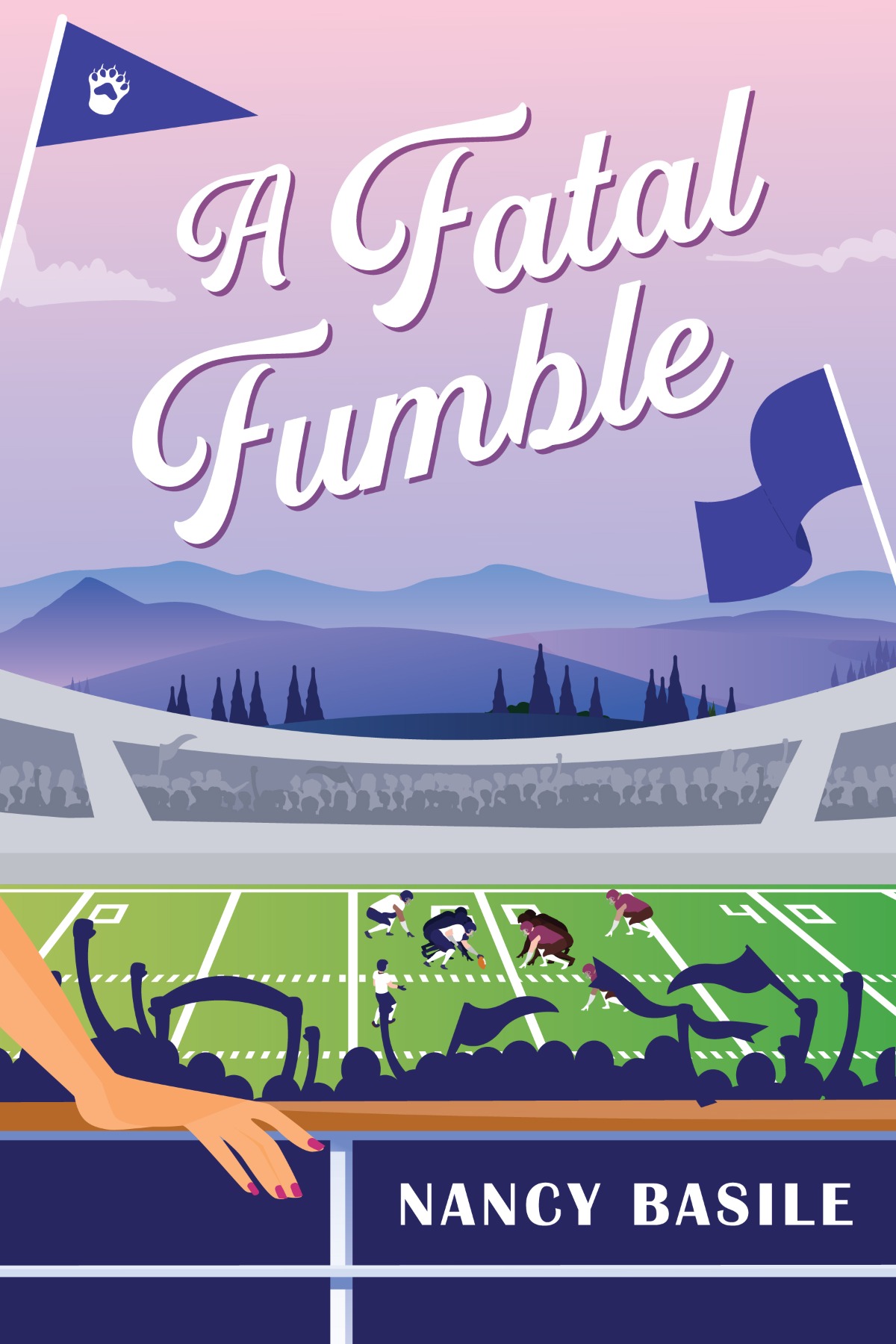 Here’s a lil’ bit of conversation between the gals from A Fatal Fumble to give you an idea of how fun they are in Book 2 of the series.

Jenn pulled sunglasses from her oversized handbag and jammed them on her nose. “Who cinched her girth too tight? I’ve never seen Heidi so angry.”

“Me, neither.” Robin searched the crowd for the troublemaker in question, but she must have stormed off after her rant.

“She has some pretty strong feelings about you.”

“And about Jim.” Robin leaned closer to Jenn. “I think she’s the one having an affair with Jim.”

Jenn pursed her lips and nodded. “Makes sense. First of all, she’s frickin’ gorgeous. I’d kill to have those boobs. Deb wouldn’t mind, either.” She winked at Robin.

Robin rolled her eyes to the sky. “TMI.”

“Second of all, they work together. All those business trips he took? Maybe she went with him.”

“Could be.” Robin shook her head. “But I promised Chris I would stay out of it.” She whirled on Jenn. “He’s not wrapped around my finger, by the way.”

Jenn waved a hand and quirked her lips. “We’re just talking. It’s not like you’re tackling Jim and handcuffing him.”

“True.” Robin chewed her lip. “So, if they were having an affair, maybe that would nullify his prenup with Kim, and she would have raked in more cash in the divorce. Which could mean Heidi bumped off Kim to see a bigger payday for Jim, if she’s sleeping with him. She would benefit from that, right?” She raised her eyebrows at Jenn.

Jenn’s eyes popped, and her mouth hung open. “And it would be super smart for her to accuse you in public to throw the scent off herself.”

“I don’t know why Chris doesn’t want my help. We’re geniuses.” Robin held up her hand and Jenn slapped her a high-five.

There’s a lot of shenanigans happening in River Sutton in A Fatal Fumble. Check out the synopsis:

Only one thing would drag Robin Pearce home to the small town of River Sutton, West Virginia for the high school’s 100th homecoming celebration: seeing her sister / best friend back in her old cheering uniform perform with a huge smile on her face at the halftime show.

Checking out Sheriff Chris Payne’s broad shoulders in his old quarterback’s jersey wouldn’t be a chore, either. So, make that two things.

But when Robin bumps into high school classmates, her homecoming turns into a nightmare. She literally stumbles over the dead body of her frenemy, River Sutton’s top trophy wife.

The whole town suspects Robin, and even Chris wants to lock her up for her safety. Robin is forced to use her cyber sleuthing skills to uncover the River Sutton’s killer before another body drops. Is it the desperate soon-to-be-ex-husband? Or the greedy land developer? Or someone else hidden in the shadows?

Be sure to leave an honest review when you’re finished. I can’t wait to hear what you think!

I’m just over the moon that four- and five-star reviews continue to come in for Roadside Homicide. I was so scared that my first novel would be a stinker. (But let me tell you, A Fatal Fumble is even better.)

⭐⭐⭐⭐⭐ What a treat to read this new book. I loved the small town dynamics and interactions. The plot is very unique and even with multiple characters and a few different plots, nothing gets lost or minimized. I cannot wait until the next in this series. Also, the author has prequel out for this series titled A Shoulder to Die On. Again it is a fun read. I’m a little jealous of how much these sisters love each other.

Anne, thank you so much! 💖 Your words warm my heart.

Would you like your review featured in my newsletter? All you have to do is review Roadside Homicide on Amazon or Goodreads. I’d love to read your opinion.

Readers! On Tuesday, I promised to reveal the title and cover for the second novel in the River Sutton Mysteries. The wait is over! (Because I know you’ve been relentlessly refreshing your email, just dying to know.)

Isn’t it gorgeous? My cover designer, Bailey, outdid herself.

Funny story. I requested a cover that featured a football game. Originally, the players were placed so they looked like they were playing soccer, as we Americans call it. 😆 Bailey lives in Paris, so there may have been an international disconnect there. 😉 Obviously, it all worked out beautifully.

For now, I’ll let you guess what the story is about. What do you think of the title and cover? Hit ‘reply’ and let me know. Or send me a DM on Facebook or Instagram.

Day 2 #12daysofcozies theme is The Santa Clause. The challenge is to pick a cozy mystery about a sleuther who had a career change. I chose Mae West from @tonyakappesbooks delightful Camper and Criminals Cozy Mysteries. Mae gets stuck with a run down campground by her ex-husband and winds up. Turning it into a successful vacation destination. This series is a lot of fun with a lot of humor, quirky characters, and fun, murder mysteries.

Day 2 #12daysofcozies theme is The Santa Clause. The challenge is to pick a cozy mystery about a sleuther who had a career change. I chose Mae West from @tonyakappesbooks delightful Camper and Criminals Cozy Mysteries. Mae gets stuck with a run down campground by her ex-husband and winds up. Turning it into a successful vacation destination. This series is a lot of fun with a lot of humor, quirky characters, and fun, murder mysteries.